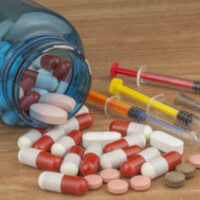 A Stuart, Florida doctor who was previously charged with involvement in a massive steroid trafficking ring has recently had his medical license suspended a second time. The doctor had his medical license reinstated after facing federal charges in 2011 and being acquitted in 2014, and has had it suspended again after continuing to write prescriptions after having his practice restricted in January 2020 for other reasons.

The previous steroid trafficking charges arose out of prescriptions the defendant and others allegedly wrote to patients they had not visited face-to-face. The prescriptions were for steroids, human growth hormones (HGH), and other substances. The defendants were acquitted in federal court in Miami in 2014.

Because of the potential for addiction to these substances and likelihood of abuse, prescribing them for “off-label” use is illegal, which is not the case for many other medications.

The Dangers of Illegally Prescribing or Possessing Steroids and HGH

Did you know that while anabolic steroids are Schedule III controlled substances, HGH is technically not a controlled substance  However, in 1990, the Anabolic Steroids Control Act made it a federal crime to distribute, or possess with the intent to distribute, HGH for any use other than to treat a disease or recognized medical condition by order of a medical doctor. Violations of the HGH provision of the Anabolic Steroids Act carry up to five years in prison.

Legal uses of steroids and HGH are narrowly specified by the FDA, and include delayed puberty (anabolic steroids); diseases that cause muscle loss, such as cancer and aids; and delayed growth disorders such as Turner’s syndrome (HGH).

Prescribing these substances for what appear to be legitimate reasons such as “anti-aging” or “hormone-replacement therapy” will still expose you to federal charges if the reason for prescribing is not in line with the narrow uses set forth by the FDA. Furthermore, prescribing controlled substances without following other protocols such as seeing a patient face to face, or failing to take payment from the patient, can raise suspicion.

The seriousness of federal criminal drug charges stems partly from the fact that multiple criminal charges can be levied on what appears to be one illegal act. For example, as seen in the above case, conspiracy to distribute controlled substances (and/or HGH) and the actual distribution are separate crimes of which the accused can be convicted simultaneously. Further, as seen in the above case, importation of the drugs at issue is a separate federal crime as well.

If you find yourself charged with federal steroid trafficking or HGH trafficking offenses in South Florida, you will want an experienced federal criminal defense attorney representing you.

If you are being investigated or have been arrested for trafficking in steroids or HGH, make sure to reach out to an attorney immediately. Don’t hesitate to reach out to the office of Bruce L. Udolf, P.A. to speak to a skilled Fort Lauderdale steroid & HGH charges attorney.

By Bruce L. Udolf, P.A. | Posted on October 16, 2020
« Federal Computer-Related Crimes under the Computer Fraud and Abuse Act
How to Secure Your Release from Custody Pending Trial in Federal Court »