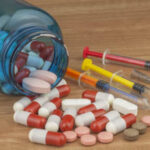 A Stuart, Florida doctor who was previously charged with involvement in a massive steroid trafficking ring has recently had his medical license suspended a second time. The doctor had his medical license reinstated after facing federal charges in 2011 and being acquitted in 2014, and has had it suspended again after continuing to write… Read More »