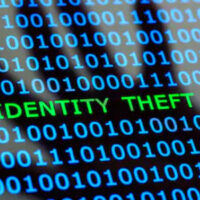 As we discussed recently, the federal government has brought fraud charges against individuals seeking relief money for businesses in a fraudulent way. We mentioned fraudulent unemployment claims were on the rise as well.

Another thing you should know about unemployment fraud is that, like many criminal offenses, it can result in a variety of charges. There is no specific “unemployment fraud” criminal charge – rather, the charges depend on the specific underlying behavior.

For example, a South Florida native was charged in federal court after filing fraudulent claims for unemployment benefits related to COVID-19. He was charged with wire fraud, mail fraud, and aggravated identity theft after submitting false claims to the State of Oklahoma, claiming he had lost his job due to the economic impact of COVID-19.

According to the complaint, the defendant used stolen identities of Oklahoma residents, and used the internet and mail services to submit claims.

What is Unemployment Fraud?

Unemployment fraud can consist of submitting claims under a perpetrator’s own name, but making false claims about his or her employment status. Or, perpetrators can steal the identities of individuals, file claims in the victim’s name, and attempt to route the benefits to the perpetrator’s own bank accounts, for example. When identity theft is involved, the federal government takes it seriously, since benefits that end up in a fraudster’s bank account will not go to individuals who may actually need them.

What is Identity Theft?

Identity theft is defined under federal law as knowingly transferring or using, without authority, a means of identification of another person with the intent to commit a crime. This was made a crime by the 1998 Identity Theft and Assumption Deterrence Act. In 2004, Congress established the crime of “aggravated” identity theft, which means using another person’s identity to commit a felony, including theft of Social Security benefits. The penalty for aggravated identity theft requires adding two years to a criminal sentence.

Identity theft can occur in many forms, ranging from stealing hard copies of driver’s licenses and other identifying documents, to using software to obtain personally identifiable information through email scams. In unemployment fraud, perpetrators typically use names, Social Security numbers, and birthdates to file for unemployment under a different identity. In fact, one man in Oklahoma said he was made aware someone stole his identity when he received unemployment benefits through the mail for which he had not applied.

Contact an attorney experienced in fraud cases in South Florida

If you are facing charges or are under investigation for unemployment fraud, contact Fort Lauderdale federal crime attorney Bruce Udolf to discuss your case. We are eager to assist you throughout each step of your case.